The interactions of dynamical systems communicating over a networked environment lead to intriguing synchronization behaviors with applications in Internet of Things, formations, satellite control, and human societal behaviors. This talk studies the relation between local controls design and communication graph restrictions. The distinctions between stability and optimality on graphs are explored. An optimal design method for local feedback controllers is given that decouples the control design from the graph structural properties. In the case of continuous-time systems, the optimal design method guarantees synchronization on any graph with suitable connectedness properties. In the case of discrete-time systems, a condition for synchronization is that the Mahler measure of unstable eigenvalues of the local systems be restricted by the condition number of the graph. Thus, graphs with better topologies can tolerate a higher degree of inherent instability in the individual node dynamics. A theory of duality between controllers and observers on communication graphs is given, including methods for cooperative output feedback control based on cooperative regulator designs. In second part of the talk, we discuss graphical games. Standard differential multi-agent game theory has a centralized dynamics affected by the control policies of multiple agent players. We give a new formulation for games on communication graphs. Standard definitions of Nash equilibrium are not useful for graphical games since, though in Nash equilibrium, all agents may not achieve synchronization. A strengthened definition of Interactive Nash equilibrium is given that guarantees that all agents are participants in the same game, and that all agents achieve synchronization while optimizing their own value functions. 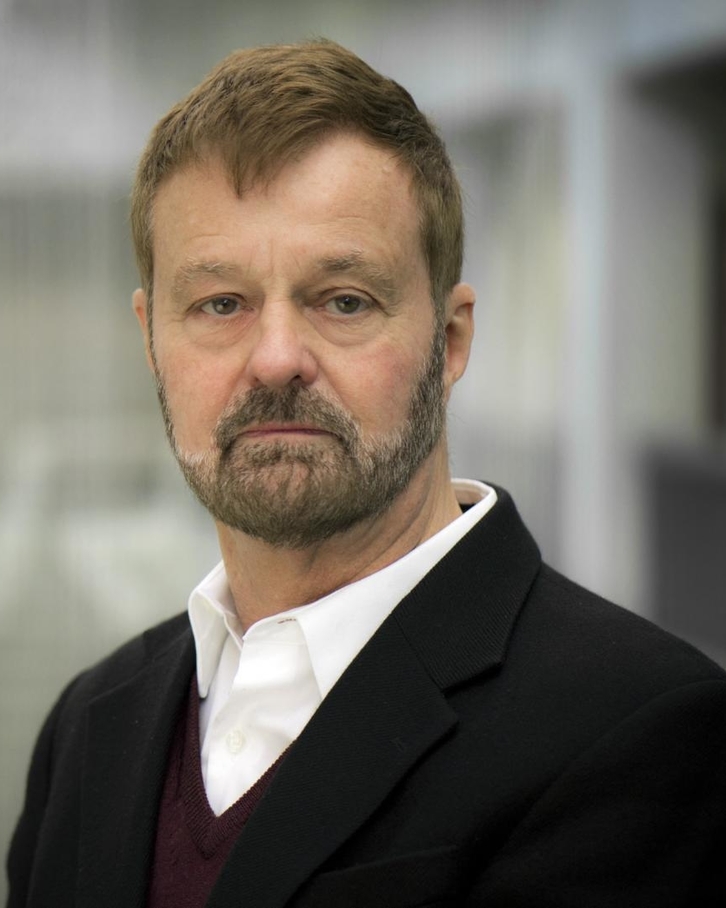 Dr. Lewis was born in Würzburg, Germany, subsequently studying in Chile and Gordonstoun School in Scotland. He obtained the Bachelor's Degree in Physics/Electrical Engineering and the Master's of Electrical Engineering Degree at Rice University in 1971. He spent six years in the U.S. Navy, serving as Navigator aboard the frigate USS Trippe (FF-1075), and Executive Officer and Acting Commanding Officer aboard USS Salinan (ATF-161). In 1977 he received the Master's of Science in Aeronautical Engineering from the University of West Florida. In 1981 he obtained the Ph.D. degree at The Georgia Institute of Technology in Atlanta, where he was employed as a professor from 1981 to 1990. He is Moncrief-O'Donnell Endowed Chair Professor of Electrical Engineering at The University of Texas at Arlington.

Member, National Academy of Inventors. Fellow of the IEEE, Fellow of IFAC, Fellow of the U.K. Institute of Measurement & Control, Fellow American Association for the Advancement of Sciences, Member of the New York Academy of Sciences. Registered Professional Engineer in the State of Texas and Chartered Engineer, U.K. Engineering Council. Ranked at position 89 worldwide, 64 in the USA, and 3 in Texas of all scientists in Computer Science and Electronics, by Guide2Research (June 2019). 55,500 google citations, h-index 107. Charter Member (2004) of the UTA Academy of Distinguished Scholars. UTA Academy of Distinguished Teachers 2012. IEEE Control Systems Society Distinguished Lecturer 2012-1014. Founding Member of the Board of Governors of the Mediterranean Control Association. Served as Visiting Professor at Democritus University in Greece, Hong Kong University of Science and Technology, Chinese University of Hong Kong, City University of Hong Kong, National University of Singapore, Nanyang Technological University Singapore.