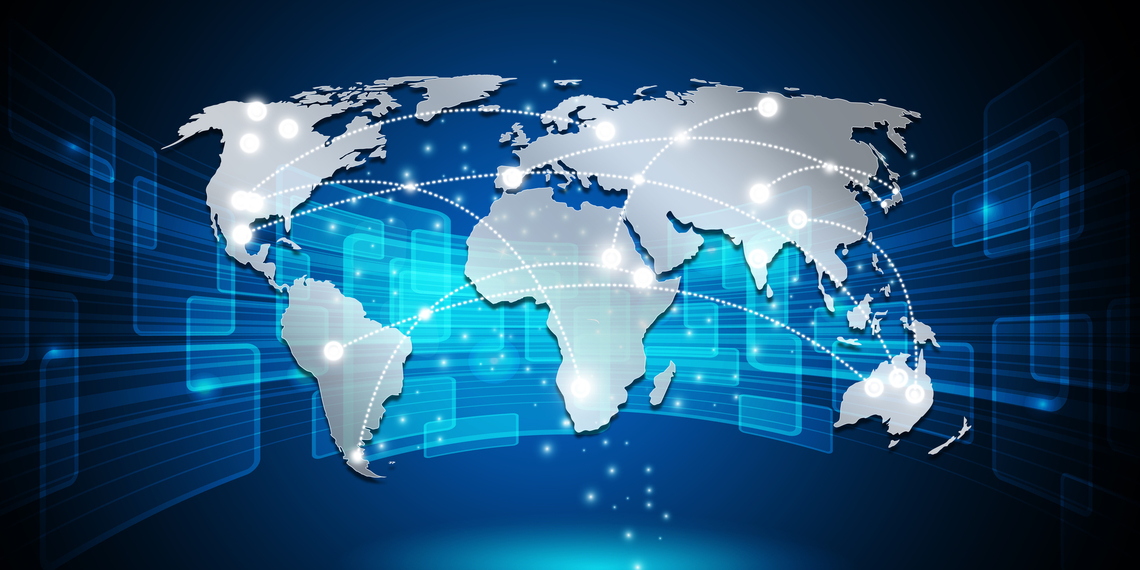 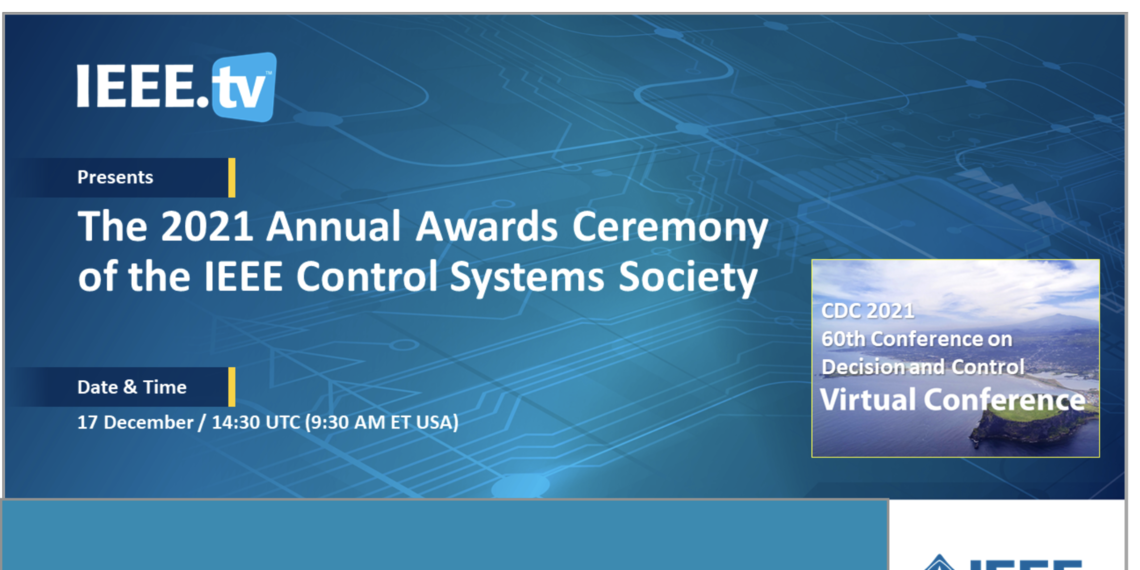 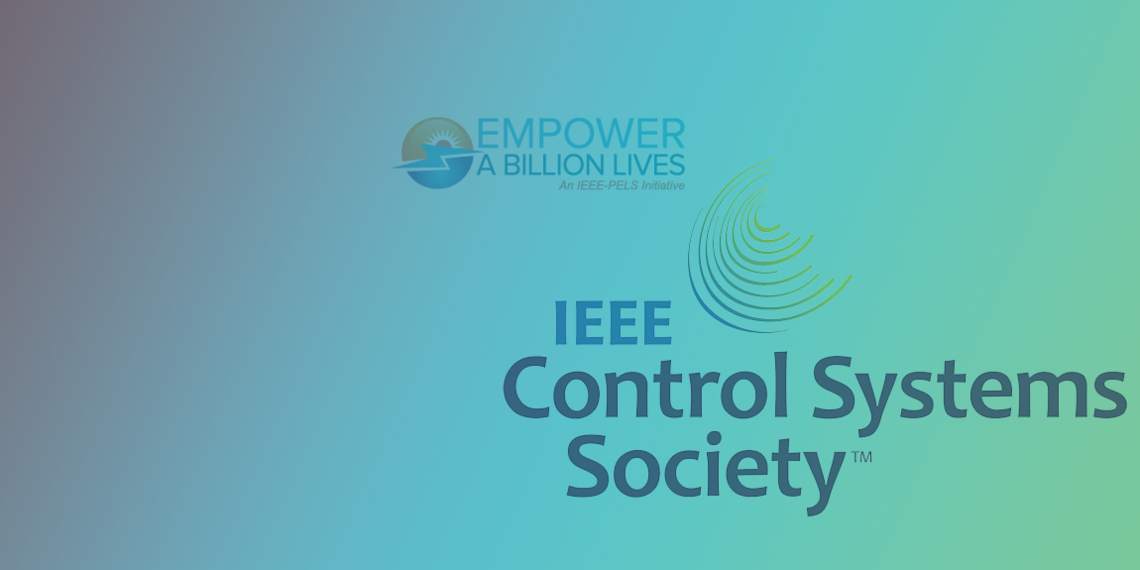 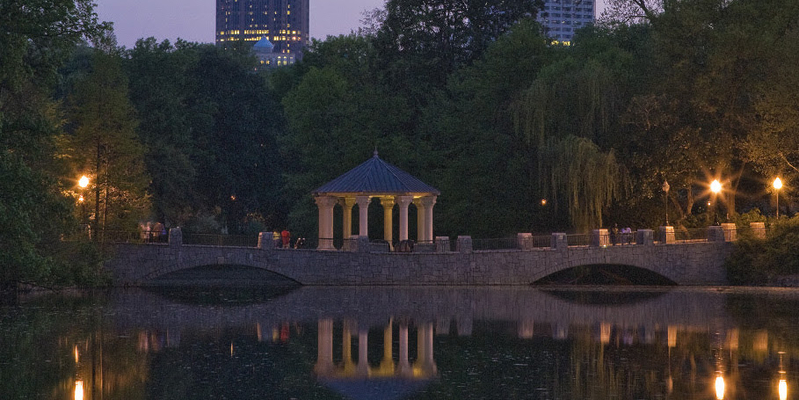 Dr. Bonnie Ferri is the vice provost for Graduate Education and Faculty Development at Georgia Tech, and she is a professor in the School of Electrical and Computer Engineering. Dr. Ferri previously was the associate chair for Undergraduate Affairs in ECE and the associate chair for Graduate Affairs in ECE. She does research in embedded control systems and in engineering education. Dr. Ferri has received many honors and awards including the 2017 IEEE Undergraduate Teaching Award and the 2016 Regent’s Award for the Scholarship of Teaching and Learning. She was the co-chair of a campus-wide commission at Georgia Tech on the future of higher education, and she was an invited speaker at a National Academy of Engineering workshop on education. 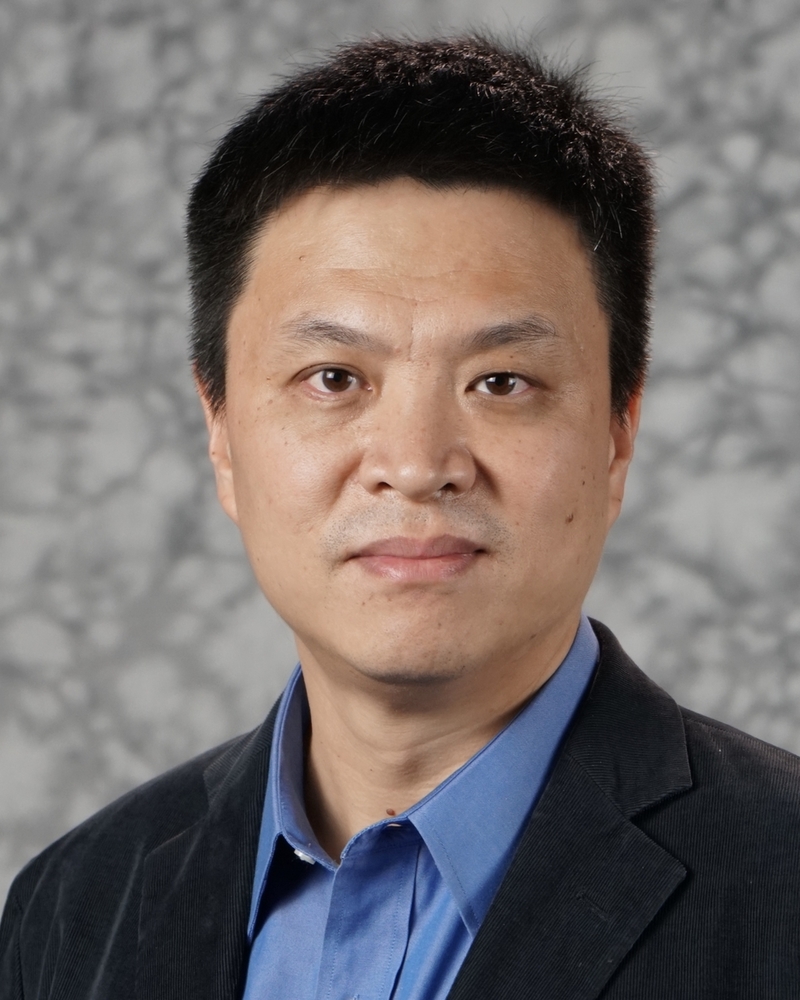 Dr. Fumin Zhang is a Professor in the School of Electrical and Computer Engineering at the Georgia Institute of Technology. He received a PhD degree in 2004 from the University of Maryland (College Park) in Electrical Engineering and held a postdoctoral position at Princeton University from 2004 to 2007. His research interests include mobile sensor networks, maritime robotics, control systems, and theoretical foundations for cyber-physical systems. He received the NSF CAREER Award in September 2009 and the ONR Young Investigator Program Award in April 2010. He is currently serving as the co-chair for the IEEE RAS Technical Committee on Marine Robotics, associate editors for IEEE Journal of Oceanic Engineering, Robotics and Automation Letters, IEEE Transactions on Automatic Control, and IEEE Transactions on Control of Networked Systems.

Southern University of Science and Technology
China
Outdated or incorrect contact information? Please contact us with the correct information.
CCTA 2022 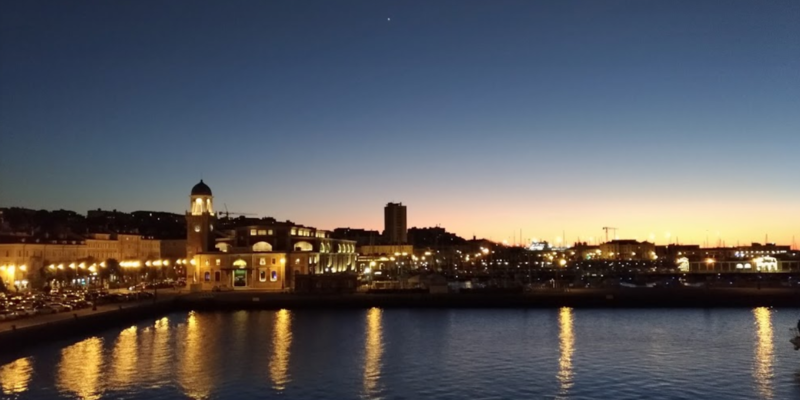 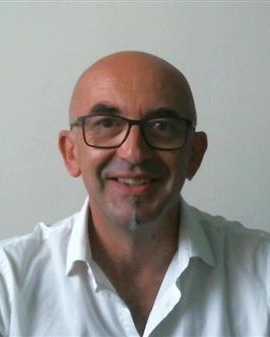 Fabrizio Dabbene received the Laurea degree in Electrical Engineering in 1995 and the Ph.D. degree in Systems and Computer Engineering in 1999, both from Politecnico di Torino, Italy. He is currently holding a Senior Researcher position at the institute CNR IEIIT of the National Research Council of Italy, where he is the coordinator of the Systems Modeling & Control (SMC) Group. He has held visiting and research positions at The University of Iowa, at Penn State University and at the RAS (Russian Academy of Sciences) Institute of Control Science, Moscow.

His research interests include probabilistic and randomized methods for systems and control, robust control and identification of complex systems, convex optimization, dynamical social networks, space robotics, and precision agriculture. On these topics, he has published more than 150 research papers, which include more than forty articles published in international journals. He is co-author of the book Randomized Algorithms for Analysis and Control of Uncertain Systems, Springer-Verlag, published in two editions, and editor of the book Probabilistic and Randomized Methods for Design under Uncertainty, also published by Springer. He has been co-organizer of several invited sessions and special courses, and of three Conference Workshops at CDC-00, MSC-08 and MSC-10. He is a recipient of the Outstanding Paper Award from EurAgeng in 2010. He served as Associate Editor for Automatica and as Chair of the IFAC Technical Committee on Robust Control.

Dr. Dabbene is a Senior Member of the IEEE, and he has taken various responsibilities within the IEEE Control Systems Society. He has been an Associate Editor for the IEEE Transactions on Automatic Control (2008-2012), Program Chair for the 2010 IEEE Multiconference on Systems and Control, Chair of the IEEE Technical Committee on CACSD (2010-2013), member of CEB (2002-2008), IPC member of various IEEE conferences, and member of several CDC Best Student Paper Award Committees. He is currently Senior Editor of the IEEE Control Systems Letters. He served as elected member of the IEEE-CSS Board of Governors for the years 2014-2016, and as IEEE-CSS Vice-President for Publication Activities for the years 2015-2016. 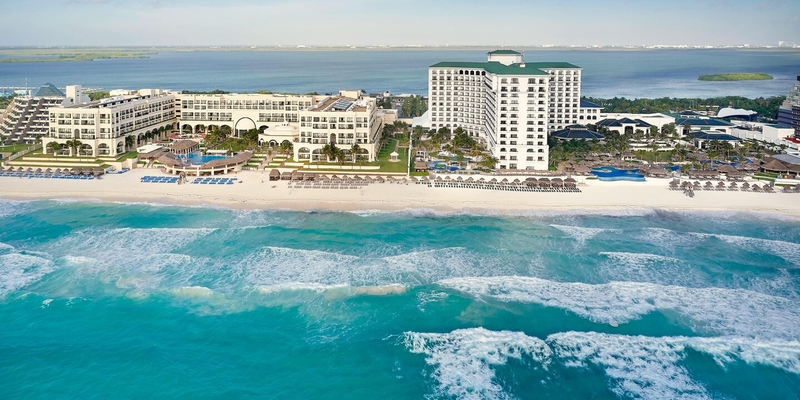 61st Conference on Decision and Control 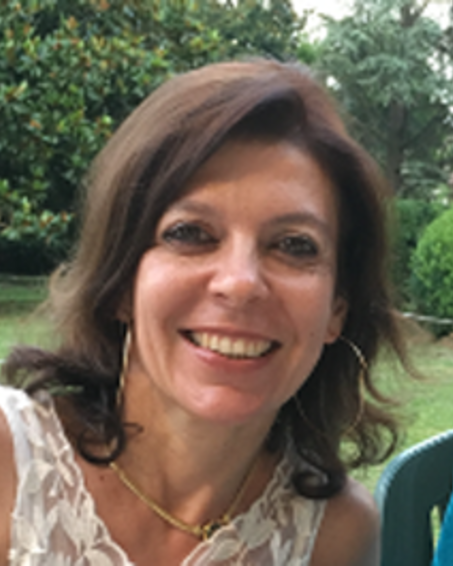 Maria Elena Valcher (F’12) received the Master's degree in electrical engineering and the Ph.D. degree in system engineering from the University of Padova, Padova, Italy, in 1991 and 1995, respectively.

Since January 2005, she has been a full Professor with the University of Padova. She has authored or co-authored 80 papers, which appeared in international journals, 95 conference papers, 2 text-books, and several book chapters. Her research interests include multidimensional systems theory, polynomial matrix theory, behavior theory, cooperative control and consensus, positive switched systems, and Boolean control networks.

Dr. Valcher was in the Editorial Board of the IEEE Transactions on Automatic Control from 1999 to 2002 and Systems and Control Letters from 2004 to 2010. She has been on the Editorial Boards of Automatica since 2006, Multidimensional Systems and Signal Processing since 2004, SIAM Journal on Control and Optimization since 2012, European Journal of Control since 2103, and IEEE Access since 2014. She was Vice President Member Activities of the CSS from 2006 to 2007, Vice President Conference Activities of the CSS from 2008 to 2010, and CSS President in 2015. She was a recipient of the 2011 IEEE CSS Distinguished Member Award. Since January 2017, she has been the Editor-in-Chief for the IEEE Control Systems Letters. 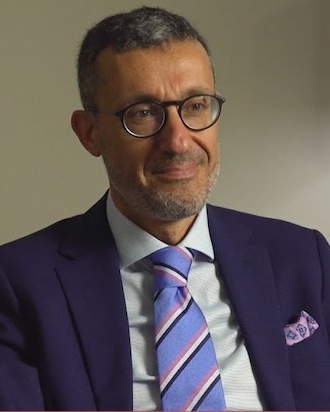 Dr. Serrani is a member of International Federation of Automatic Control and American Institute of Aeronautics and Astronautics. He received the Certificate of Outstanding Service as an Associate Editor (AE) of Automatica, was selected three times as an Outstanding Reviewer of the IEEE Transaction on Automatic Control, and three times as an Excellent Reviewer of the AIAA Journal of Guidance, Control, and Dynamics. He served, among other positions, as the Publications Chair of the 53rd and 52nd IEEE Conference on Decision and Control, and the 2009 American Control Conference. He has served as an Editor-at-Large of the 53rd and 51st IEEE CDC, and the 2017 ACC. He has been a Distinguished Lecturer of the IEEE Control System Society (CSS) and has delivered semi-plenary lectures at the 8th IFAC Symposium on Nonlinear Control Systems and the 2011 Chinese Control and Decision Conference. He is currently the Editor-in-Chief of the IEEE Transactions on Control Systems Technology and also serves in the IEEE CSS and IFAC Editorial Boards. He is a past AE of the IEEE Transactions on Control Systems Technology, Automatica, and the International Journal of Robust and Nonlinear Control. He will serve as the Program Chair of the 2019 ACC, and is currently serving as General co-Chair for the 2022 IEEE CDC. 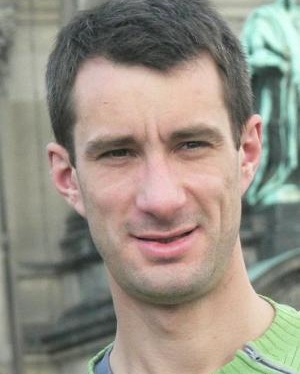 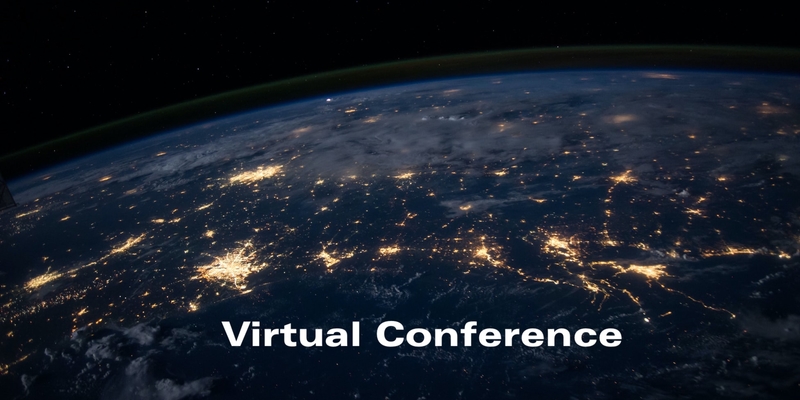 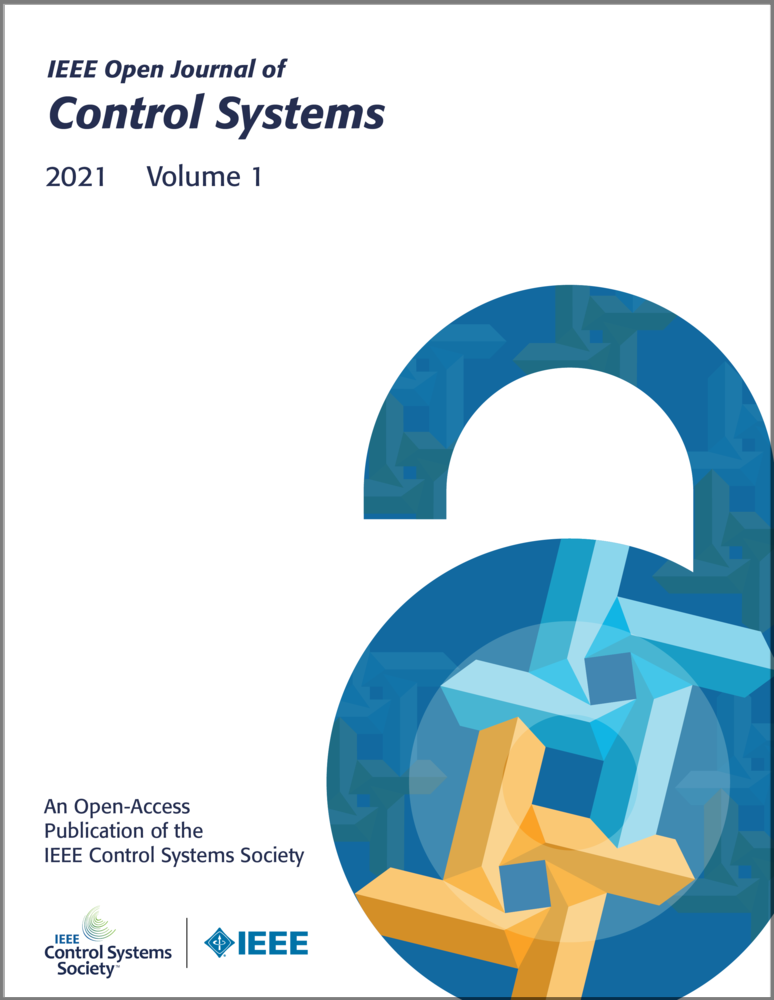 Grow your career with membership in the IEEE Control Systems Society. 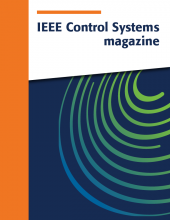 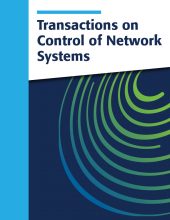 Transactions on Control of Network Systems 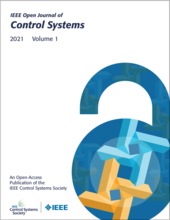 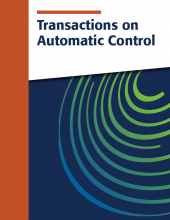 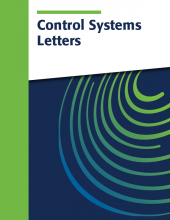 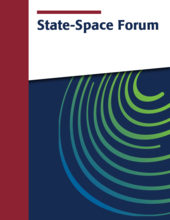 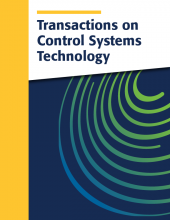 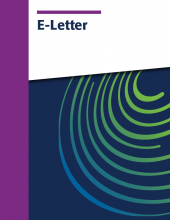