The present day Technical Activities Board (TAB) is the organizational descendent of the old Information Dissemination Committee (IDC), which was formed in 1965. The complete history begins somewhat earlier, however, in the formative years of our field and our Society, and the first years of the Transactions on Automatic Control.

The present-day IEEE Control Systems Society is descended from the old Institute of Radio Engineers (IRE) Professional Group on Automatic Control (PGAC), whose formation was formally approved by the IRE Board of directors on October 5, 1954. [The IRE was one of the predecessor organizations of the Institute of Electrical and Electronic Engineers (IEEE). The IEEE was formed in 1963 through the merger of the IRE and the American Institute of Electrical Engineers (AIEE).] The first issue of the IRE Transactions on Automatic Control contained just seven papers and appeared in May 1956. For several years, papers in the Transactions were selected by the Editor (George S. Axelby) with the help of a Paper Study and Procurement Committee. This somewhat informal system was changed in 1965 when the Information Dissemination Committee was formed. [See L.F. Kazda, "The Information Dissemination Committee," IEEE Transactions on Automatic Control, AC-10:1, January 1965.] Under its original charter, the IDC consisted of the Technical Committee (TC) Chairs, the Transactions Editor (still Axelby), the Newsletter Editor (R.S. Abraham of the Westinghouse Electric Corporation), the Meetings Coordinator, the Meeting and Publication Policy Committee Chairman (sic), and the Vice Chairman of the AdCom, who also served as Chair of the IDC. (The AdCom was the predecessor of the present-day Board of Governors.)

The IDC was intended to function principally as the editorial board of the Transactions, with each of the TC Chairs managing the review process (obtaining at least three reviews) of papers assigned to him by the Editor. In addition, the Technical Committees were charged with disseminating information in new areas by "generating" symposia and papers and special issues (for the Transactions). TC Chairs were also expected to write or edit monographs for the IEEE Press. A third somewhat less visible function of the Technical Committees was to jointly discuss new technologies with the objective of proposing the formation of new committees as interest within our technical community made this seem appropriate. Conversely, the IDC was expected to occasionally recommend closing down Technical Committees whenever there was deemed to be insufficient interest within the community to keep it going. In hindsight, the organizational structure of the IDC seems to have been somewhat odd, with the main (editorial) duties of the Technical Committees being carried out under the direction of the Transactions Editor while the formal reporting channel was to the Vice Chairman of the AdCom.

When it was first formed, the IDC met quarterly (at IEEE headquarters in New York City) to carry out its editorial duties for the Transactions and to plan technical sessions to be held at several regularly occurring large (national) professional meetings. By 1975, meetings of the IDC had decreased in frequency to three a year, with one day-and-a-half meeting occurring at each of three annual conferences-the Joint Automatic Control Conference (JACC, the forerunner of the ACC), the Decision and Control Conference (now called CDC), and IEEE ITERCON or ELECTRO. These lengthy IDC meetings were devoted to the presentation and discussion of every paper under review for publication in the Transactions. By the early 1980s, IDC meetings were held only twice a year-in conjunction with the JACC and the CDC.

Concentrating on editorial functions alone, the workload of the TC Chairs was crushing: handling peer reviews of regular papers, short papers, and correspondence items for the Transactions, as well as technical papers submitted to the various conferences in which the PGAC was involved. A TC Chair might easily have 40 to 50 or more papers to handle each year. The publication decision on each manuscript was always made by vote of the entire IDC at one of its meetings, a practice that only added to the work burden. The TC Chairs had to prepare to defend their publication recommendations to the entire IDC.

The IDC was (and remains) unique in the way it functioned to provide editorial oversight for the Transactions. No other publicaton of the IEEE has ever had a similar process. Despite the time and energy it required, one can find former TC Chairs who are nostalgic about the time they spent. Quoting M.K. Sain, "I would say that I do indeed miss the IDC, and regret its demise. Although it was an extremely demanding experience-which I encountered as Chair of the Linear Systems TC and as Book Review Editor, as well as Editor, I found my time on the IDC to be extremely rewarding and of the greatest interest. I feel that it was a rare focus of the entire interests of the Group/Society over an extended period of time, and I have not encountered anything like it during my career."

It is not surprising that, with all publication decisions requiring the consensus of the entire IDC, the Transactions on Automatic Control had high rejection rates. The IDC was formally abolished at the end of 1983. It came under criticism by a number of people, including some senior members of the Society, for being "overly conservative." In January 1984, the editorial duties formerly assigned to the TC Chairs were taken over by a newly constituted Transactions Editorial Board. The new Control Systems Society Constitution, adopted at the same time, reassigned the noneditorial duties of the IDC to a group of TC Chairs, who were collectively organized within a Technical Activities Board. The eight Technical Committees and their Chairs in January 1984 were

The Chair of the TAB that year was Jerry Mendel. It is clear that those rewriting the Society Constitution and Bylaws hoped that by removing the burden of editorial duties from the TC Chairs, they would have more time and energy to devote to all the other dimensions of professional activity within their portfolios. In explaining the new TAB structure, Society President Ted Davison wrote: "There will be the introduction of working groups into the Society in which each member of the Society will, in general, be a member of at least one working group . . . The chairmen of these working groups may wish to hold special workshops, or to have regular features published in the CSS Magazine, etc.; these chairmen will interface with the Society through the Technical Committee Chairs associated with each working group." [See E.J. Davison, "Changes in Our Society-A New Constitution," IEEE Transactions on Automatic Control, vol. AC-28:12, December, 1983.] Like many grand visions, this was never realized.

The Technical Activities Board Today

Today, the primary responsibility of the IEEE CSS Technical Activities Board is to provide technical resources and opportunities for technical collaboration for CSS members. Current activities include organizing invited sessions for conferences, special issues in journals, technical meetings (workshops and conferences), maintaining Web sites for technical resources, and publishing electronic newsletters that focus on various technical areas. There are currently 17 Technical Committees, representing a broad cross section of the key technological subdomains of control engineering. Realizing that important developments in our field are driven by increasingly rapid technological change, the Control Systems Society periodically assesses whether all the essential parts of control engineering technology are represented in our list of Technical Committees. Each TC Chair has the responsibility to act as the Society's point of contact for expertise in in the technological subdiscipline covered by the Technical Committee.

In addition to the Technical Committees(TCs), the IEEE CSS TAB is composed of a Standing Committee on Standards and Liaison Representatives to SIAM/SIAG as well as various IEEE units. Details on the charters and function of these may be found on the individual TC pages. 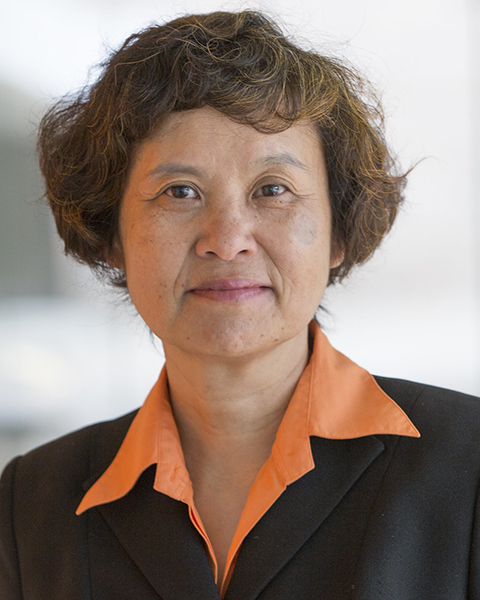 Jing Sun received her Ph. D degree from the University of Southern California in 1989 and her master's and bachelor degrees from the University of Science and Technology of China in 1984 and 1982. From 1989-1993, she was an assistant professor in the Electrical and Computer Engineering Department at Wayne State University. She joined Ford Research Laboratory in 1993, where she worked on advanced powertrain system controls. After spending almost ten years in the industry, she came back to academia in 2003 and joined the University of Michigan, where she is the Michael G. Parsons Collegiate Professor and the chair in the Naval Architecture and Marine Engineering Department. She holds joint appointments in the Electrical Engineering and Computer Science Department and Mechanical Engineering Department at the same university. She holds 41 US patents and has published over 250 archived journal and conference papers. She is a Fellow of NAI (the National Academy of Inventors), IEEE, IFAC, and SNAME (the Society of Naval Architecture and Marine Engineering). She is one of the three recipients of the 2003 IEEE Control System Technology Award.

Past Leaders of CSS TAB