The scope of the IEEE Press Book Series on Control Systems Theory and Applications is the broad span of the Control Science and Engineering discipline. Control science and engineering has had a very significant impact on society and continues to be an important, relevant and ever-expanding field.

This IEEE Press Book Series is expected to publish high-quality books in all areas of control. The series will include monographs, edited volumes, and textbooks, geared to control scientists and engineers, as well as to researchers and practitioners working in various areas of applied mathematics such as optimization, game theory, and operations research. Educational purposes are also in the scope of the series as secondary and reference material. Relevant results from research projects may also be considered for publication.

Proposals will be reviewed by the Series Editor and independent reviewers before a final decision is rendered.

Further details regarding the Proposal form and Author instructions can be found here. 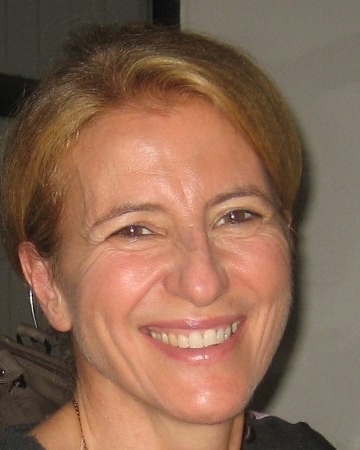 Maria Domenica Di Benedetto is a Professor of Automatic Control at University of L’Aquila (Italy). She received her Master degree in Electrical Engineering and Computer Science from University of Roma "La Sapienza" and holds the PhD degree (“Docteur-Ingenieur” Spécialité Automatique et Traitement du Signal) and the degree “Doctorat d'Etat ès Sciences” (Spécialité Sciences Physiques), both from Université de Paris-Sud (Orsay, France). She has been Adjunct Professor from 1995 to 2002, and McKay Professor from 1990 to 1995, at the Department of EECS of the University of California at Berkeley. She held visiting positions at MIT, at the University of Michigan Ann Arbor, and at the Ecole Nationale Supérieure de Mécanique in Nantes (France). Her research interests are in the areas of nonlinear and hybrid systems control theory, diagnosability and predictability in cyber-physical systems, and applications to traffic control, smart grids and biological systems.

From 2001 to 2019, Prof. Di Benedetto has been the Director of the Italian Center of Excellence for Research DEWS "Architectures and Design methodologies for Embedded controllers, Wireless interconnect and System-on-Chip" established at the University of L’Aquila in 2001. She has been the President of the Italian Association of Researchers in Automatic Control (SIDRA) from 2013 to 2019. She is the President of the European Embedded Control Institute since 2009.

For more information on this series, or if you are interested in contributing with a book, please contact Series Editor Prof. Maria Domenica Di Benedetto or the Commissioning Editor, Sandra Grayson.