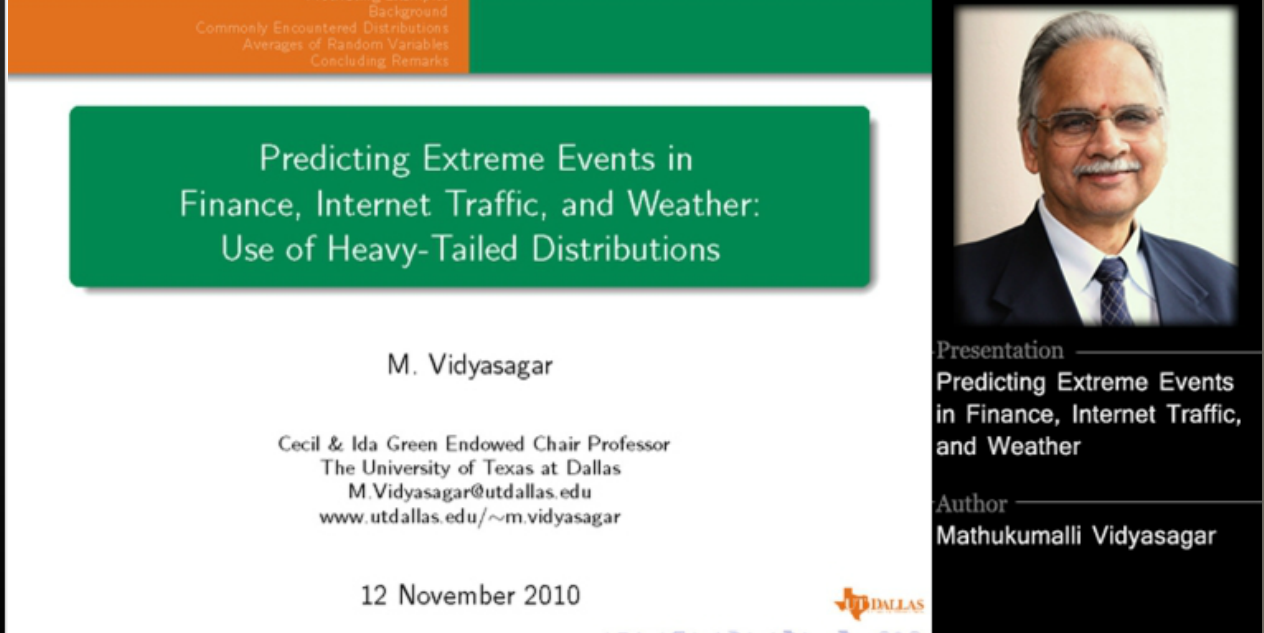 As far back as 1963, Beniot Mandelbrot (who sadly passed away just a few weeks ago) pointed out that asset price movements in the real world don't follow the Gaussian distribution. Instead they are "heavy-tailed" -- that is, they display a kind of self-similarity and scale-invariance. Since then, similar patterns have been observed in extreme weather such as rainfall, and more recently, in Internet traffic. Recent research in "pure" probability theory shows that heavy-tailed random variables have some very unusual properties. For instance, if we average many observations of such variables, the averages move in a few large bursts instead of moving smoothly. Such behavior has indeed been observed in the stock market.

The pervasiveness of heavy-tailed distributions in so many diverse arenas has implications for modeling, and risk mitigation. How do we design Internet traffic networks and storage servers if the volume of traffic is heavy-tailed? How do we hedge our equity positions if asset prices move in a heavy-tailed manner?

In this talk I will describe the issues involved through a combination of intuitive arguments, visualizations, and formal mathematics. My hope is to inspire practicing engineers to become familiar with this fascinating class of models, and theoretical researchers to study the many open problems that still remain. 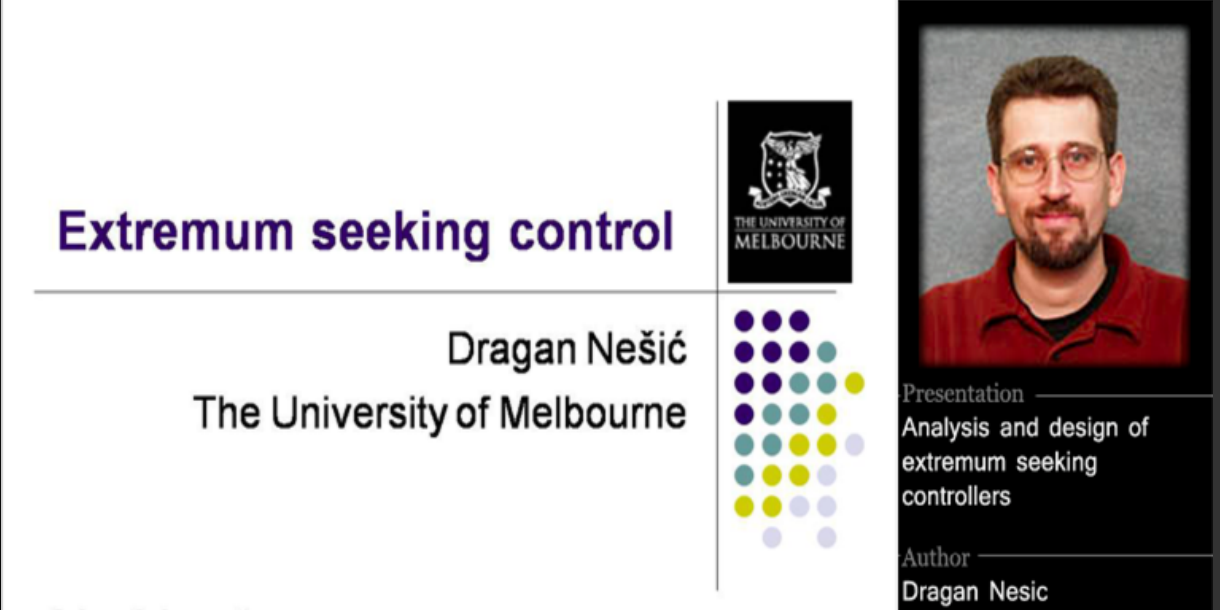 Design of engineered systems whose operation is "best" or "optimal" in some sense is increasingly important. In many cases, the optimal operation of the system in steady-state is more critical than during the transients as the system operates most of the time in a steady-state regime. Moreover, in many cases it is not possible to accurately model the steady-state behaviour of the system and online optimization approaches are called for.

Extremum seeking is an approach for steady-state online optimization that deals with situations when the plant model and/or the cost to optimize are not available to the designer but it is assumed that measurements of the plant input and output signals are available. Using these available signals, the goal is to design a controller that dynamically searches for the optimizing inputs. This method was successfully applied to biochemical reactors, ABS control in automotive brakes, variable cam timing engine operation, electromechanical valves, axial compressors, mobile robots, mobile sensor networks, optical fibre amplifiers and so on. Interestingly, it was observed in the literature that some bacteria (such as the flagella-actuated E. Coli) and swarms of fish collectively search for food using extremum seeking techniques.

This talk presents a summary of our results on a class of adaptive extremum seeking controllers that are very popular among the practitioners. We show that some popular control schemes can be interpreted in an appropriate sense as the gradient descent optimization methods. More importantly, we provide a unifying framework for design of more general extremum seeking schemes by combining an arbitrary optimization method, such as the continuous Newton, with an appropriate estimator of the derivatives of the input-output steady-state map for the system. We use the methods of averaging and singular perturbations to provide a precise characterization of the convergence properties of the closed loop system, as well as the tuning guidelines for the controller parameters.