Accomplishments and Prospects of Control

There are many success stories and major achievements in control, something remarkable for a field as young as 50 years. In this talk we will sample these accomplishments and speculate about the future prospects of control. While there are examples of feedback from ancient times, extensive use of feedback paralleled industrialization: steam, electricity, communication, transportation etc. Control was established as a field in the period 1940-1960, when the similarities of control in widely different fields were recognized. Control constituted a paradigm shift in engineering that cut across the traditional engineering disciplines: mechanical, electrical, chemical, aerospace. A holistic view of control systems with a unified theory emerged in the 1950s, triggered by military efforts during the Second World War. The International Federation of Automatic Control (IFAC) was formed in 1956. Education in control spread rapidly to practically all engineering disciplines. Conferences and journals also appeared. A second phase, driven by the space race and the emergence of computers, started around 1960. Theory developed dramatically as did industrial applications. A large number of sub-specialties appeared and perhaps due to this, the holistic view of the field was lost. In my opinion we are now entering a third phase driven by the ubiquitous use of control and a strong interest in feedback and control among fellow scientists in physics and biology. There are also new areas driven by networked systems, autonomy and safe design of large complex systems. What will happen next depends largely on how we respond to the new challenges and on how we manage to recapture the holistic view of systems. Key issues will be education and interaction with other disciplines. 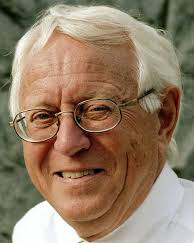 Professor Karl Johan Åström is Professor Emeritus of Automatic Control at Lund University. Professor Åström's numerous recognitions include: member of the Royal Swedish Academy of Sciences and the Royal Swedish Academy of Engineering Sciences, a foreign associate of the US National Academy of Engineering, the Rufus Oldenburger Medal from ASME, the Quazza medal from IFAC, the IEEE Control Systems Award, and the IEEE Medal of Honor "for fundamental contributions to theory and applications of adaptive control technology.