Fifty years ago, when control was emerging as a scientific discipline fueled by developments in dynamic, recursive decision making, dynamical systems and stability theory, a separate discipline, differential games, was being born in response to the need to develop a framework and associated solution tools for strategic dynamic decision making in adversarial environments, as an outgrowth of game theory. The evolution of the two disciplines-control theory, and particularly optimal control, and the theory of differential games-initially followed somewhat different paths, but soon a healthy interaction between the two developed. Differential games, in both zero-sum and nonzero-sum settings, enabled the embedding of control into a broader picture and framework, and enriched the set of conceptual tools available to it. One of its essential ingredients-information structures (who knows what and when)-became a mainstay in control research, particularly in the context of large-scale systems. In the other direction, the rich set of mathematical tools developed for control, such as viscosity solutions, directly impacted progress in solvability of differential games. Such interactions between the two disciplines reached a climax when robustness became a prevalent issue in control, leading among others to a comprehensive treatment of H¥ control of both linear and nonlinear uncertain systems.

This Bode Lecture will dwell on the parallel developments in the two fields to the extent they influenced each other over the past half century, talk about the present, and embark on a journey into the future. 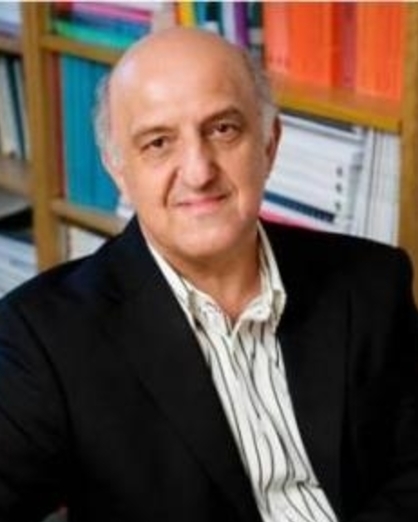 Tamer Basar is the Fredric G. and Elizabeth H. Nearing Professor of Electrical and Computer Engineering at the University of Illinois at Urbana-Champaign (UIUC). He received BSEE from Robert College, Istanbul, in 1969, and the M.S., M.Phil, and Ph.D. from Yale University, during 1970-2. After stints at Harvard University and Marmara Research Institute (Gebze, Turkey), he joined UIUC in 1981, where he has been since then with the ECE Department and the Coordinated Science Lab. He has authored or co-authored over 400 publications (including two books and several edited volumes) in the general areas of systems, control, dynamic games, information theory, communication systems and networks, and mathematical economics. He was elected Fellow of IEEE in 1983, and served CSS in various capacities, such as: President (2000), Editor for Techn. Notes & Corresp. for TAC (1992-4), and CDC General Chair (1992) and Program Chair (1989). He is currently the Editor-in-Chief of Automatica, the Editor of the Birkhäuser Series: Systems & Control: Foundations & Applications, Managing Editor of the Annals of the International Society of Dynamic Games, and member of editorial and advisory boards of several international journals in control, wireless networks, and applied mathematics. Among some of his recent recognitions are Tau Beta Pi Drucker Eminent Faculty Award of UIUC (2004), election to the National Academy of Engineering (2000), IEEE Millennium Medal (2000), Axelby Outstanding Paper Award (1995) and Distinguished Member Award (1993) of CSS, and Medal of Science of Turkey (1993). He will also receive the Quazza Medal of IFAC in 2005. His current research interests are in routing, pricing, and congestion control in communication networks; control over wired and wireless networks; mobile computing; and robust and risk-sensitive estimation and control.