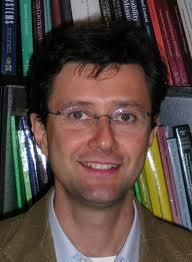 Marco Claudio Campi is Professor of Automatic Control at the University of Brescia, Italy.

In 1988, he received the doctor degree in electronic engineering from the Politecnico di Milano, Milano, Italy. From 1988 to 1989, he was a Research Assistant at the Department of Electrical Engineering of the Politecnico di Milano. From 1989 to 1992, he worked as a Researcher at the Centro di Teoria dei Sistemi of the National Research Council (CNR) in Milano and, in 1992, he joined the University of Brescia, Brescia, Italy. He has held visiting and teaching positions at many universities and institutions including the Australian National University, Canberra, Australia; the University of Illinois at Urbana-Champaign, USA; the Centre for Artificial Intelligence and Robotics, Bangalore, India; the University of Melbourne, Australia; the Kyoto University, Japan.

Prof. Campi is an Associate Editor of Systems and Control Letters, and a past Associate Editor of Automatica and the European Journal of Control. From 2002 to 2008, he served as Chair of the Technical Committee IFAC on Stochastic Systems (SS) and he is currently vice-chair for theTechnical Committee IFAC on Modeling, Identification, and Signal Processing (MISP). Moreover, he has been a distinguished lecturer of the Control Systems Society. Marco Campi's doctoral thesis was awarded the "Giorgio Quazza" prize as the best original thesis for year 1988. In 2008, he received the IEEE CSS George S. Axelby outstanding paper award for the article "The Scenario Approach to Robust Control Design", co-authored with G. Calafiore.