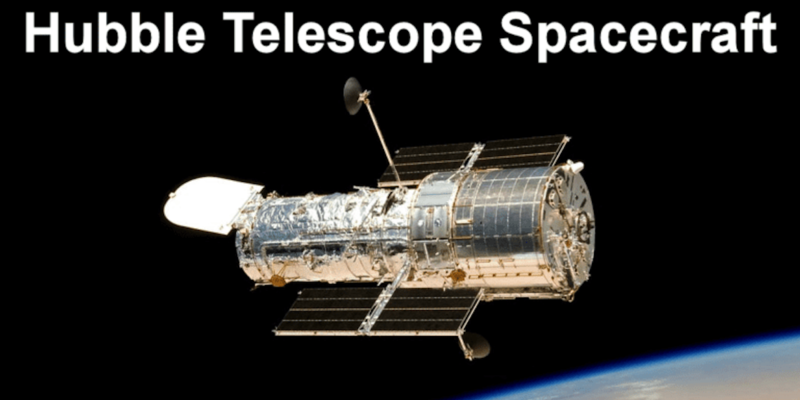 The Hubble Space Telescope was the first of NASA’s great observatories in space. It was launched in 1990 and has provided an unbelievable amount of scientific data for over 30 years. This presentation will focus on the Lockheed portion of the Hubble through launch. Because the key to mission success is the ability to point and hold the telescope steady for long observations we will emphasize the design portion on the pointing control system. Some of the visual results from the Hubble will be displayed.

In 1977, Lockheed Space Systems in Sunnyvale was chosen to build the basic spacecraft that included the structure and mechanisms, the thermal control, pointing control system, communications, command and telemetry systems and electric power other than the solar arrays.  Other contractors provided the Optical Telescope, the 5 scientific instruments, and the solar arrays. In addition, Lockheed was responsible for all the system level assembly and test, including thermal vacuum chamber testing, and later launch base processing at Kennedy Space Center in Florida. Lockheed was also responsible for ensuring compatibility with the ground control at Goddard, the Space Shuttle interface and Astronauts at Johnson. A lot of people in Silicon Valley contributed and can feel proud of the results of their efforts; three of them will share their experiences in this webinar.

Jim Carlock, a 32-year employee of Lockheed, started his career in 1967 as a guidance and controls engineer on the Agena and other Lockheed programs. From 1987 to 1991 Jim was program manager for the Hubble.  Subsequently, he was program manager for Ikonos commercial imager and the Lockheed portion of the International Space station.  He retired in 1999.  He received his BSEE from Tennessee Tech in 1967 and his MSEE from Stanford in 1969.

Cliff Gardner joined Lockheed in 1962 working first on the Agena and then the Hexagon programs.  From 1977 until 1990 he was involved with HST system test planning and execution from its beginning through to managing Systems Assembly and Test in Silicon Valley.  He then went to the Cape, where he directed the processing of the HST from verifying that it survived the shipping environment, to launch. He was one of the last three people to see the HST before launch. He was awarded the NASA Public Service Medal for his work on the HST.   He retired from Lockheed in 1997.  Cliff has a BS in Aeronautical Engineering and a BA in Industrial Management from the University of Colorado.

Hugh Dougherty joined Lockheed in 1966 having previously taught control systems at Rensselaer Polytechnic Institute.  He was a technical consultant and control systems manager on the Hubble for which he received a number of awards including the International Academy of Astronautics (IAA) Laurels Award for HST Team Achievement in 2004 as one of the 25 persons world-wide that were key to the development of Hubble Space Telescope.  He retired from Lockheed in 2003. Hugh holds a PhD in Electrical Engineering from Rensselaer and a Mechanical Engineering degree from the Stevens Institute of Technology.

Tom Gardner, the moderator, is a member of the SV Technology History Committee and a long-time participant in Silicon Valley’s storage industries.  He has an MS in Control Theory from RPI, an MS in Management from Stanford Graduate School of Business, and is either retired or unemployed.

URL’s for Zoom Webinar or YouTube Live Stream will be emailed to registered attendees 24 hours and 2 hours before the event and at the time of the event.